The New Kadampa Tradition – International Kadampa Buddhist Union (NKT-IKBU) is an international association of Mahayana Buddhist study and meditation centers founded by Venerable Geshe Kelsang Gyatso in 1991 to offer the practical wisdom of Kadampa Buddhism to the people of our modern world.

Through Geshe Kelsang’s tireless activities and kindness, there are now over 1100 centers and groups offering Buddha’s wisdom advice to people in 40 countries across the world.

The NKT-IKBU follows the pure tradition of Mahayana Buddhism handed down in an unbroken lineage from Buddha Shakyamuni through the ancient Kadampa teachers Atisha and Je Tsongkhapa and introduced into the West by Geshe Kelsang.

The purpose of the NKT-IKBU is to increase the Buddhist faith throughout the world. It is an entirely independent Buddhist tradition that has no political affiliations.

The NKT-IKBU is an international non-profit organization registered in England as a charitable company. 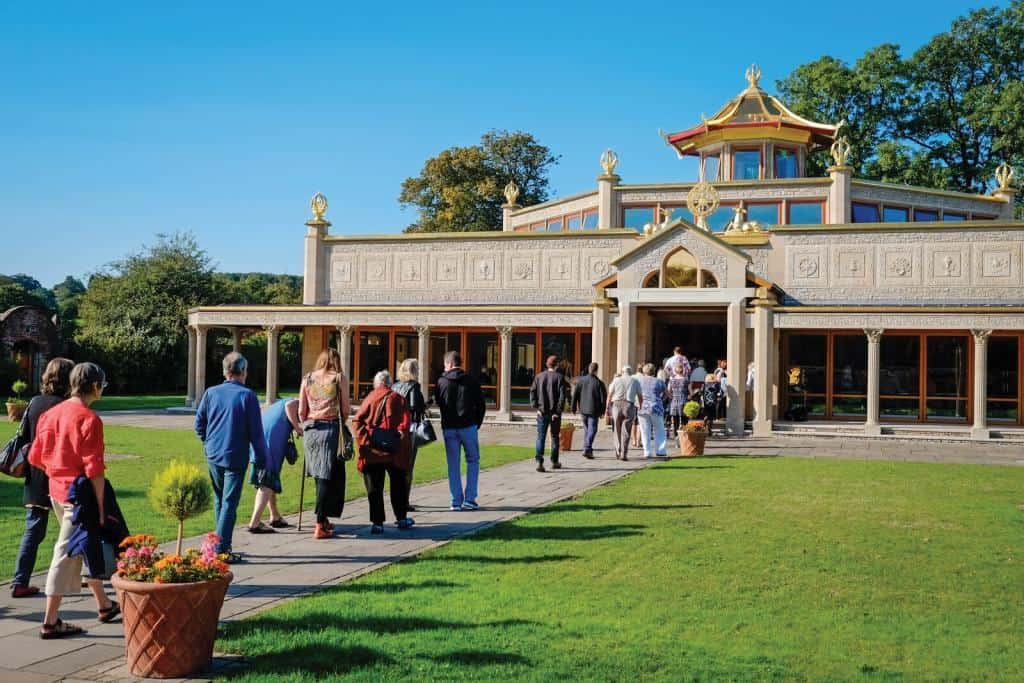 Teachers of the New Kadampa Tradition 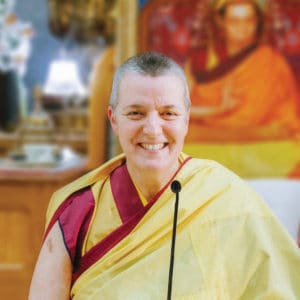 Gen-la Dekyong is the General Spiritual Director of the NKT-IKBU and the Resident Teacher at Manjushri KMC, the Mother Center of Kadampa Buddhism.

Gen-la has studied and practiced Kadampa Buddhism for many years under the guidance of her Spiritual Guide Venerable Geshe Kelsang Gyatso.

As one of Venerable Geshe Kelsang’s close disciples, Gen-la Dekyong’s teachings, humor, and kindness exemplify the essence of the Buddhist way of life. She is a perfect example of a Kadampa Teacher.

Gen-la Jampa is the Deputy Spiritual Director of NKT-IKBU and the Resident Teacher at IKRC Grand Canyon.

He has studied under Venerable Geshe Kelsang Gyatso Rinpoche and taught internationally for many years and is greatly admired for his warm personality and clear, inspiring teachings.

Gen-la Kunsang is a Retired Deputy Spiritual Director of NKT-IKBU and National Spiritual Director of Switzerland, Italy & Austria. She is the Resident Teacher at KMC Edinburgh. Gen-la Kunsang has been a disciple of Venerable Geshe Kelsang Gyatso Rinpoche for many years, during which time she has won the admiration and affection of many students through her pure example and loving-kindness.

Kadam Morten Clausen is the Eastern US National Spiritual Director of the New Kadampa Tradition and Resident Teacher at the Kadampa Meditation Center New York City. For over 30 years he has been a close disciple of Venerable Geshe Kelsang Gyatso, who gave him the title “Kadam,” indicating that he is a senior lay teacher of the Kadampa Tradition.

These Festivals provide a precious opportunity to study and practice the special presentation of modern Buddhism taught by Venerable Geshe Kelsang Gyatso Rinpoche, the Founder of the NKT-IKBU.

The Festivals consist of teachings, empowerments, and meditations, with short retreats to finish with. Everyone is welcome to attend regardless of experience.

Besides the teaching and meditation program, the Festivals also provide a precious opportunity to meet and practice with like-minded people from all over the world.

You will come away not only refreshed and relaxed but also spiritually re-energized.

World Peace TempleA Peaceful PlaceKadampa Meditation Center New York is an internationally renowned center for meditation, where everyone is welcome to enjoy a peaceful environment or join in the many programs offered throughout the year. Whether you are looking for a...

World Peace CafeWorld Peace Cafe Open HoursFriday, Saturday & Monday: 10am-4pmSunday: 10-10:45am; 12:30-3:45pmHours may change due to events.  Please verify on our Calendar before planning your visit. Indoor & outdoor seating is available at this time. The...