“Different people have different capacities for spiritual understanding and practice. For this reason, out of his compassion, Buddha Shakyamuni gave teachings at many levels, just as a skillful doctor administers a variety of remedies to treat different types of sick people.

For those who wish merely to attain human happiness Buddha gave teachings revealing actions and their effects, or karma; and he taught moral discipline as their main practice.

For those who wish to attain the ultimate goal of full enlightenment, Buddha gave teachings on the development of great compassion and bodhichitta; and he taught the six perfections – the perfections of giving, moral discipline, patience, effort, mental stabilization, and wisdom – as their main practice.

All these teachings are open to anyone who wishes to study and practice them. The experiences that are gained from practicing them are called the “common spiritual paths.”

Besides these teachings, Buddha also gave teachings on Tantra. These may be practiced only by those who have received Tantric empowerments. The experiences gained by practicing these teachings are called the “uncommon spiritual paths.”

For a comprehensive explanation of the spiritual paths of Tantra, see Tantric Grounds and Paths. 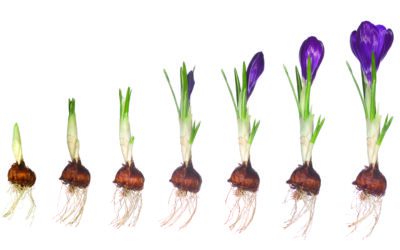 Karma means actions: the actions of our body, speech and mind. This subject is very meaningful. Throughout our life we have to experience various kinds of suffering and problems without choice. This is because we do not understand what actions we need to abandon and what actions we need to practice. If we had this knowledge and put it into practice there would be no basis for experiencing suffering and problems.

END_OF_DOCUMENT_TOKEN_TO_BE_REPLACED 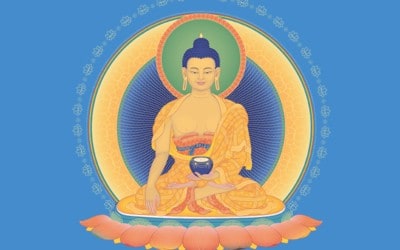 Buddha Shakyamuni, the founder of Buddhism, showed the manner of accomplishing the ultimate goal of living beings, the attainment of enlightenment, at Bodh Gaya in India in 589 BC.

END_OF_DOCUMENT_TOKEN_TO_BE_REPLACED

Dharma means “protection.” By practicing Buddha’s teachings we protect ourself from suffering and problems. All the problems we experience during daily life originate in ignorance, and the method for eliminating ignorance is to practice Dharma.

END_OF_DOCUMENT_TOKEN_TO_BE_REPLACED

Meditation is an ancient technology that has been used for thousands of years by people wishing to deepen their spiritual understanding and grow on the spiritual path.

END_OF_DOCUMENT_TOKEN_TO_BE_REPLACED

What are the Four Noble Truths? These are first teachings Buddha gave after he attained enlightenment which explain the entire path to enlightenment.

END_OF_DOCUMENT_TOKEN_TO_BE_REPLACED

END_OF_DOCUMENT_TOKEN_TO_BE_REPLACED
We use cookies on our website to give you the most relevant experience by remembering your preferences and repeat visits. By clicking “Accept”, you consent to the use of ALL the cookies.
Cookie settingsACCEPT
Manage consent

This website uses cookies to improve your experience while you navigate through the website. Out of these, the cookies that are categorized as necessary are stored on your browser as they are essential for the working of basic functionalities of the website. We also use third-party cookies that help us analyze and understand how you use this website. These cookies will be stored in your browser only with your consent. You also have the option to opt-out of these cookies. But opting out of some of these cookies may affect your browsing experience.
Necessary Always Enabled
Necessary cookies are absolutely essential for the website to function properly. These cookies ensure basic functionalities and security features of the website, anonymously.
Functional
Functional cookies help to perform certain functionalities like sharing the content of the website on social media platforms, collect feedbacks, and other third-party features.
Performance
Performance cookies are used to understand and analyze the key performance indexes of the website which helps in delivering a better user experience for the visitors.
Analytics
Analytical cookies are used to understand how visitors interact with the website. These cookies help provide information on metrics the number of visitors, bounce rate, traffic source, etc.
Advertisement
Advertisement cookies are used to provide visitors with relevant ads and marketing campaigns. These cookies track visitors across websites and collect information to provide customized ads.
Others
Other uncategorized cookies are those that are being analyzed and have not been classified into a category as yet.
SAVE & ACCEPT